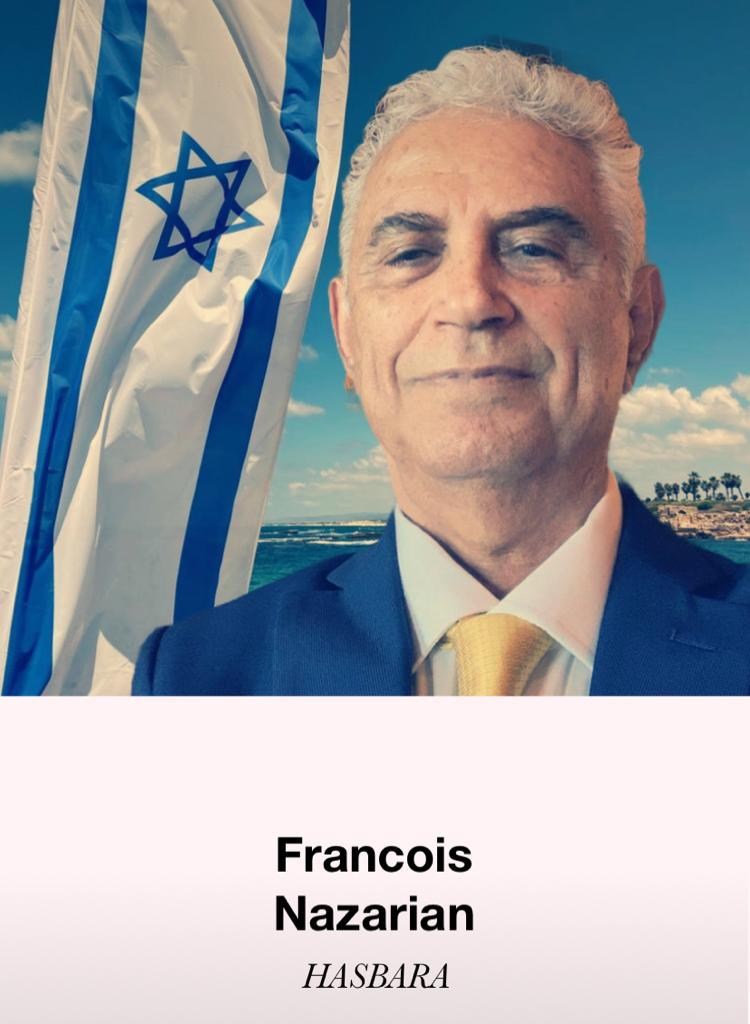 Head & CEO of our New, Under Construction Site “Hasbara.co.Il“.

Francois has been active with Hasbara (Advocacy) for Israel, much of his adult Life, while living in Europe & North America, lastly in Vancouver, British Columbia/Canada.

In early 70’s he left a successful styling & beauty business in Canada & moved to his beloved Israel.

Later on during late 90’s with use of internet , was privately informing & answering various people & entities, re Israel, until early 2000 when he finally joined forces with the Most Active Hasbara organization, Headed by Avy Abram an internet wizard , from France.

Now at this time we are in the process of renewing & activity, transforming this New Hasbara site to more effective tool to counter the high level of Anti-Israel & Anti-Semitic sentiments throughout the world.

For achieving this Goal, we need active volunteers joining our “HASBARA ISRAEL GROUP” to help with their Time and Knowledge, or those that they wish to fund us & thereby maximize our activities by most modern tools & technology to increase our ability to better fight the ever growing anti-Jewish sentiments wrapped under Anti-Zionism slogans, throughout the world.