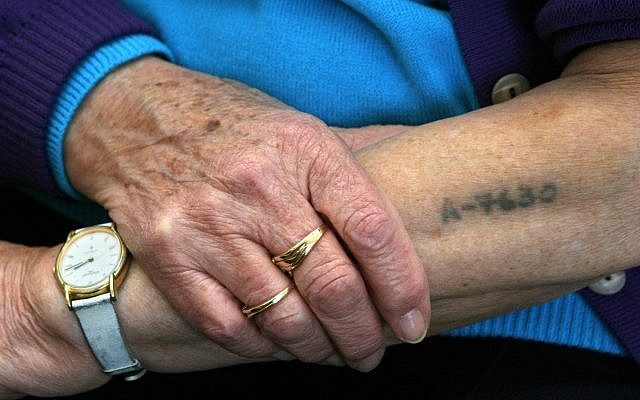 For second year, developers and mentors team up in May to find creative ways to address the need for assistance, commemoration and education

Israeli high-tech entrepreneurs will again this year turn their focus to the plight of Holocaust survivors for 36 hours in May, striving to find tech solutions to their needs and ways to preserve the memory of events and educate future generations.

The five Israeli entrepreneurs behind the initiative, Nathan Leibzon, Erez Gavish, Anat Greemland, Talia Savchenko and Alon Rapaport, will be holding the “Spark Hackathon” for the second year running. It will see some 200 participants, entrepreneurs, developers, and mentors from the tech world team up with Holocaust survivors and representatives of nonprofit organizations to set up projects and find feasible solutions that will help commemoration and education.

“History is rewriting itself, and if we don’t act now, memories will fade,” said Gavish in a phone interview. Four out of the five entrepreneurs are third-generation survivors, he said. “We want to increase awareness of the challenges Holocaust survivors face, find new ways to preserve the memory in new content formats, and set people thinking about what happened.”

The Spark 2019 hackathon will be held on May 23-24 with the goal of creating “workable solutions for challenges in education, remembrance and quality of life of Holocaust survivors,” the website says. A second goal is to create a “powerful and meaningful event” to inspire participants.

Among this year’s challenges will be how to help survivors cope with loneliness, how to identify people who need help, how to find suitable help, and how to ensure that the rights of the survivors are protected.

Other challenges deal with commemoration: how to preserve memory in a world without witnesses, how tech can help visualize Jewish community life pre-World War II, how to classify photographs and documents in databases, and how smartphones can be leveraged in student trips to camps in Poland.

The Nazis murdered some six million Jews in the Holocaust. As the survivors age, organizations globally are grappling with the dilemma of how to preserve their stories and educate future generations, while also caring for the needs of the survivors, whose numbers are dwindling and who often die childless, alone, and in dire economic straits. Holocaust Remembrance Day will be marked in Israel on Wednesday evening and Thursday.

File: Holocaust survivors attend a ceremony at the former Auschwitz Nazi death camp in Oswiecim, Poland, on January 27, 2016, the 71st anniversary of the death camp’s liberation by the Soviet Red Army in 1945. (AP Photo/Czarek Sokolowski)

In last year’s hackathon, attended by 120 people, 23 projects were created, of which three are still active, said Gavish.

The Momento project created a 3D educational tool that uses virtual reality and augmented reality to virtually beam users into pre-World War II Europe, reconstructing the Jewish sites and events that occurred in these places. HILF which means Help in Yiddish, is an app for Holocaust survivors and elderly and disabled people, to help them to contact the most relevant people to receive help. The team that developed the app is now conducting a pilot with United Hatzalah, the emergency medical service, Gavish said.

Other projects that are now inactive include a chatbot that imitates a conversation with people who are no longer with us and interactive maps showcasing the location and VR documentation of stories of survivors, he said.

Like last year, Microsoft Israel is backing the initiative by sending mentors and offering its services to the participants, along with accounting firm Ernst & Young Israel. Other backers are AppsFlyer, the Tel Aviv Stock Exchange, NICE, and OurCrowd, among others, according to the Hackathon website.