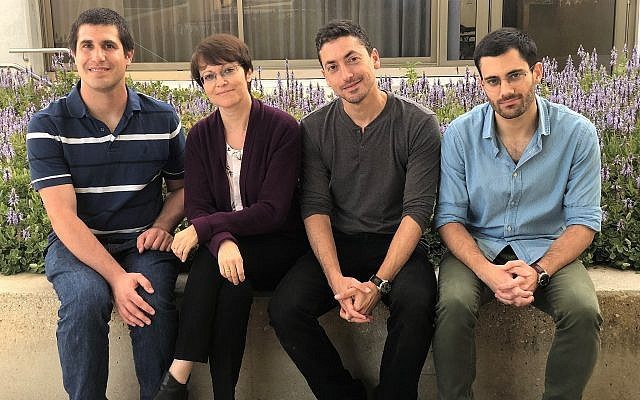 Tel Aviv University researchers have discovered that a drug used in the treatment of multiple sclerosis may be adapted to help epilepsy patients.

The development is significant because 30-40 percent of epilepsy patients do not respond to the pharmaceutical treatments available today, particularly children with a rare and severe form of the disorder called Dravet Syndrome, a university statement said on Monday.

The findings of the team headed by Prof. Inna Slutsky of the Faculty of Medicine and Sagol School of Neuroscience were published Monday in the scientific journal Neuron.

The discovery emerged from a breakthrough for what the researchers call “a century-old enigma” that has baffled scientists trying to determining the mechanism that regulates and ensures the stability of brain activity.

While the causes of most forms of epilepsy are unknown, scientists do know that epileptic seizures result from excessive and abnormal neuronal activity in the brain.

The researchers said their findings may serve as a basis for the development of drugs for a range of diseases that are characterized by an instability of brain activity.

“The instability of neural activity in various parts of the brain is a main element in a wide range of brain disorders, including epilepsy, Alzheimer’s and Parkinson’s,” Slutsky said.

Slutsky’s team discovered that the gene DHODH is key to the triggering of brain activity, and the drug Teriflunomide, used for treating multiple sclerosis, had an inhibiting effect on neural activity.

When researcher Boaz Styr left the drug with the brain cells for a prolonged period, the lower level of activity became permanent. The team then investigated and found they could reduce the accelerated brain activity that plagues those with epilepsy.

“We discovered a new mechanism responsible for regulating brain activity in the hippocampus, which may serve as a basis for the future development of effective drugs for epilepsy,” concluded Slutsky.

They hope the discovery will help those with Dravet Syndrome.

The Dravet Syndrome Foundation describes the illness as “a rare, catastrophic, lifelong form of epilepsy that begins in the first year of life with frequent and/or prolonged seizures.” Dravet Syndrome patients require constant care and there is a severe impact on quality of life, with patients facing a 15%-20% mortality rate due to complications.

← Previous Story Amazon reportedly gearing up for Israel e-commerce operations
Next Story → What if an asteroid was about to hit Earth? Scientists ponder question