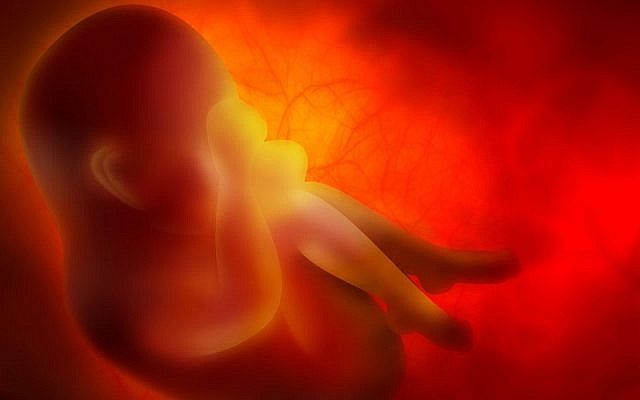 Discovery may pave the way to creating entire human embryos out of human skin cells, without sperm or eggs, says head of study

Researchers at the Hebrew University of Jerusalem say they have found a way to transform skin cells into the three major stem cell types that comprise early-stage embryos.

The discovery could pave the way to creating entire human embryos out of human skin cells, without the need for sperm or eggs, the researchers say. And it could also have “vast implications” for modeling embryonic defects and shedding light on placental dysfunctions, as well as solving certain infertility problems by creating human embryos in a petri dish, a Hebrew University statement said.

“You could say we are close to generating a synthetic embryo, which is a really crazy thing,” said Dr. Yossi Buganim of the university’s Department of Developmental Biology and Cancer Research, who led the study that was published in Cell Stem Cell.

This discovery could allow researchers in future “to generate embryos from sterile men and women, using only their skin cells, and generate a real embryo in a dish and implant the embryo in the mother,” Buganim said in a phone interview.

Buganim and his team discovered a set of five genes capable of transforming murine skin cells into all three of the cell types that make up the early embryo: the fetus itself, the placenta and the extra-embryonic tissues, such as the umbilical cord.

In 2006, Japanese researchers Kazutoshi Takahashi and Shinya Yamanaka discovered the capacity of skin cells to be “reprogrammed” into early embryonic cells that can generate an entire fetus through the use of four central embryonic genes. These genes reprogrammed the skin cells into “induced pluripotent stem cells” (iPSCs), which are similar to cells that develop in the early days after fertilization and are essentially identical to their natural counterparts. These cells can develop into all fetal cell types, but not into extra-embryonic tissues, such as the placenta.

The Japanese researchers discovered that the four central embryonic genes can be used to “rejuvenate” the skin cells to function like embryonic stem cells, explained Buganim.

After fertilization of the egg, the cell divides into 64, creating a bowl of cells that make up the three crucial parts of an embryo — the epiblast, the inner cell mass which gives rise to the fetus itself; the primitive endoderm that is responsible for the umbilical cord; and a third part, the trophectoderm, that is responsible for creating the placenta.

What the Japanese managed to do, Buganim said, was to transform the skin cells into fetus stem cells. But that is not enough to create an entire embryo, he said, because the other parts are also needed — those that develop the umbilical cord and the placenta.

Dr. Yossi Buganim of The Hebrew University’s Department of Developmental Biology and Cancer Research (Shai Herman)
The breakthrough of the Hebrew University team, Buganim said, was creating with five genes all of the three essential compartments that make up the embryonic and extra-embryonic features necessary for the creation of an in-vitro embryo. The work was done with mice, and the team is now starting to apply the same research to human embryos, he added.

The researchers used five genes that are completely different from those used by the Japanese researchers, Buganim noted. The genes the Israeli researchers used are those that play a role in the early development of the embryo. They specify and direct what each cell will develop into, whether the umbilical cord, the placenta or the fetus itself.

The team used new technology to study the molecular forces that dictate how each of the cells develop. For example, the researchers discovered that the gene “Eomes” pushes the cell toward placental stem cell identity and placental development, while “Esrrb” orchestrates the development of fetus stem cells, attaining first, but just temporarily, an extra-embryonic stem cell identity.

“It was our idea to use those genes,” Buganim said.

The researchers then combined these five genes in such a way that, when inserted into skin cells, they managed to reprogram the cells into each of three early embryonic cell types in the same petri dish.

Still, long way to go
The challenges ahead, however, are still huge, said Buganim. “An embryo is a three dimensional structure. We need to learn how to put this all together to generate a real embryo. We need to identify the ratios” of placental stem cells, umbilical cord cells and iPS cells, which create the fetuses, and in what “scaffold” to place them, he said.

“These cells know how to stick together,” Buganim said. “I need to give them the proper environment and the proper ratio to organize themselves into a real embryo.”

The study was done by Buganim together with Dr. Oren Ram from Hebrew University’s Institute of Life Science and Professor Tommy Kaplan from the university’s School of Computer Science and Engineering, as well as doctoral students Hani Benchetrit and Mohammad Jaber.