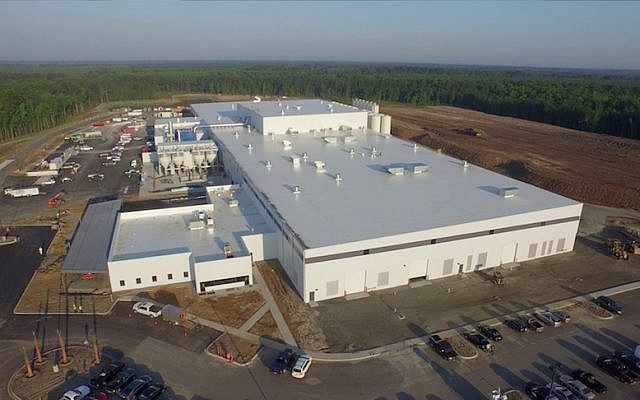 Reductions will come across all business units and regions; the firm plans to invest in innovation for its key products and expand sales efforts in key markets

Israel-based countertop manufacturer Caesarstone Ltd. said Wednesday it plans to cut 7% of its global workforce as part of a bid to make the company more efficient and leaner, as the firm posted a loss for the first quarter of the year compared to a profit last year.

The firm currently employs some 1,500 workers globally, bringing the number of people who will lose their jobs to some 100, according to Calcalist. Some 80% will be US personnel, and 20% in Israel, Calcalist said.

Caesarstone’s global headcount will be cut by some 7% “across all business units and regions,” the statement said, enabling the firm, which makes engineered stone marble and granite substitutes for countertops, to “gain efficiencies in a range of areas including production, supply chain and general & administrative functions.”

“We believe that this plan will yield better allocation of our resources while more efficiently positioning our business for sustained profitable growth,” Yuval Dagim, the firm’s CEO, said in a statement. “Through this plan, we are implementing our new matrix organization structure, shifting our resources to invest in the right talent and technology to more efficiently manage our go-to-market, supply chain, and production processes.”

As part of the personnel cuts, the company will temporarily reduce the capacity of its US manufacturing facility by 50%, the statement said.

The Kibbutz Sdot Yam-based company said it also plans to make investments in innovation for its key product offerings, expand its sales efforts in key markets, and strive to digitalize and streamline its processes.

In the US, the firm plans to expand its sales force by 15-20 percent over the next 12 months, primarily to target large metropolitan areas and markets where its presence is still weak.

The company has faced overall decline in sales, year-on-year, due to “softer markets in our major territories outside the US,” Ophir Yakovian, the firm’s chief financial officer, said in the statement.

“With the Global Growth Acceleration Plan announced today, we believe we are taking the right steps to support the accomplishment of our objectives in 2019 and we continue to expect the significant improvement of our results to be weighted towards the second half of the year,” Yakovian said.

Revenue for the first quarter of the year was $128.2 million compared to $136.1 million in the same quarter a year ago. The company reported a net loss of $0.4 million, for the quarter, compared to net income of $1.5 million a year earlier.

The company reiterated its 2019 outlook and expects revenue to be in the range of $580 million to $600 million. Caesarstone said it expects an improvement in key metrics beginning in the second half of 2019.