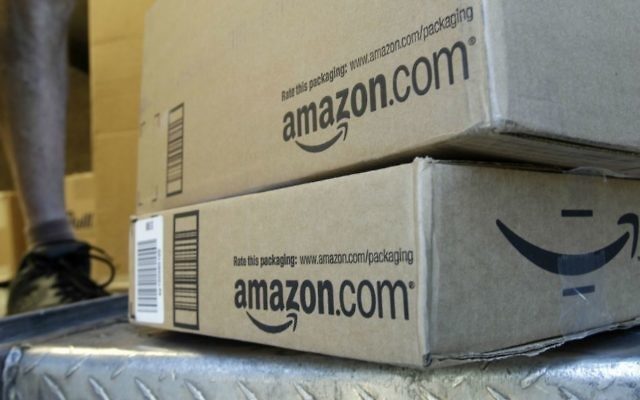 US online retail giant reaches out to some local retailers, offering a new local Amazon platform to sell their products via delivery program in Israel

US e-commerce giant Amazon is gearing up to start activities in Israel and has approached local retailers to invite them to sell their products for the first time via a website that will specifically target Israelis, the business daily Calcalist reported.

It is still unclear if the website will be in Hebrew, or when the Amazon Israel website will start operations, Calcalist said, stating that it was clear, however, that Amazon’s launch of e-commerce operations in Israel isn’t a matter of speculation anymore.

In an email sent to some retailers who were already active on Amazon, as reported by Calcalist, Amazon wrote: “Dear friend, we are happy to invite you to be part of a chosen group of merchants that will take part in the Local Delivery program in Israel. The program will allow you to use your sales account at Amazon.com to sell and supply orders directly to Israeli customers, using your stock in Israel.”

The email said that delivery would be under the “fulfillment by merchant” method, in which merchants list their products on the Amazon website but supply the products directly to the client from their warehouses, rather than using the Amazon distribution services.

The US firm may set up its own storage centers at a later stage, Calcalist said.

Amazon did not immediately respond to an email seeking comment.

Although the move would start Amazon’s e-commerce activities locally, the US tech giant began operating in Israel with the 2015 acquisition of Annapurna Labs for $350 million. The firm employs some 200 people in the development of chips to improve the efficiency of the servers that Amazon uses in its retail and cloud computing businesses, according to TheMarker business daily.

Israelis averaged two online orders per second during 2017, according to data from the Israel Postal Company, with the nationwide total coming to 61 million packages, 15 percent more than in 2016. Clothing and shoes, housewares, accessories, gadgets, vitamins and cosmetics topped the Israeli shopping list.